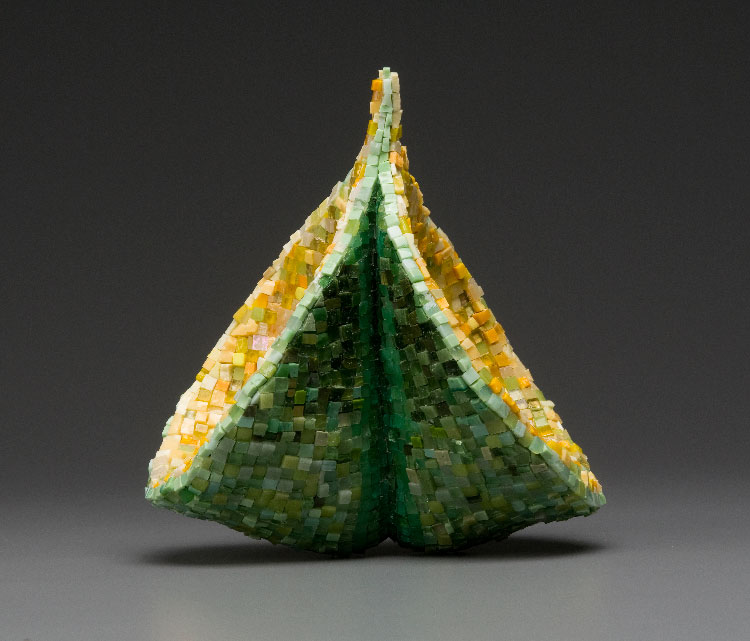 Carol Stirton-Broad graduated Summa Cum Laude from Tyler School of Art, having been awarded a BFA in ceramics. She has continued her professional training by attending numerous workshops and classes including several at the Scuola Art del Mosaico in Ravenna, Italy and the Orsoni Foundry in Venice, Italy. Her work was featured in a one person show at Philadelphia’s Magic Garden and has been included in many exhibitions, including at the Works, the Art Alliance, and the Clay Studio in Philadelphia, the Arianna Gallery in Royal Oak, Michigan and at the Bath House Cultural Center in Dallas Texas. Her work has also been featured in several publications including Mosaic Art Now 2008. Her groups of collaborators have included people of all ages, people suffering from mental illness and developmental disabilities, and youth at risk. In addition, Ms. Stirton-Broad maintains a full schedule as a teaching artist at the Main Line Art Center, The Abington Art Center, Fleisher, and in her own studio.