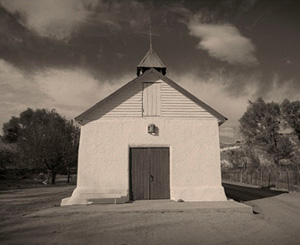 
Perhaps, because much of his work tends towards realism, John Benigno’s photographs often are described as traditional. In fact, many of his primary influences come from the writings and works of Porter, Feininger, Steichen, and Strand, to name a few. While he welcomes a comparison with the past, realism is merely a means to an end. Rather, John believes that his artistic vision is driven more by a background in the social sciences, especially anthropology and history, than by his genuine regard and fondness for the work of photography’s early masters.

John’s real interest is to capture timeless moments in the landscape, and, if the land has been influenced by man, to stimulate curiosity about how, when and why. Don’t miss his gorgeous collection of work in the Welcome Gallery from December 9 – January 5, 2015.